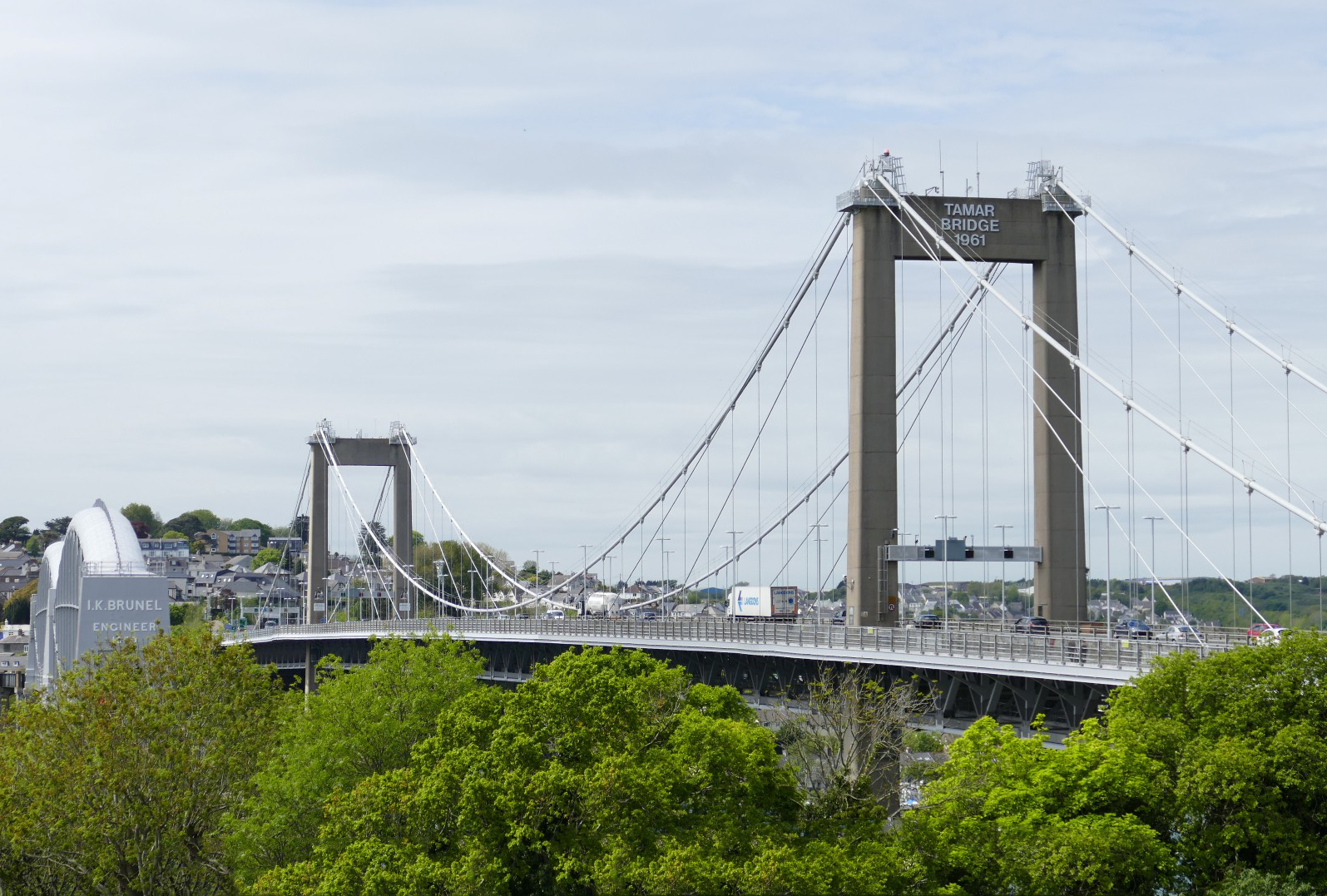 The existing FIP expansion joints on the A38 Tamar Bridge were installed 15 years ago as part of the strengthening and widening works programme undertaken between 1999 and 2001. The joints are situated at the end of the main span, at either end of the bridge’s Saltash tower and Plymouth tower. Report findings and recommendations by AECOM (consultants to the Tamar Bridge team), taken from the quarterly ongoing structural inspections between 2012 and 2015, highlighted these joints had reached the end of their serviceable life and consequently were in need of urgent replacement, to counteract the growing hazard to road users.

USL Ekspan were appointed by Tamar Bridge and Torpoint Ferry JC to remove the existing joints and install like for like new FIP expansion joints complete with components and fixings.

The joint installations would affect the operational status of the Tamar Bridge, therefore it was vital these works were efficiently planned in terms of programme time, materials, procedures and traffic management. Hence for this reason, a “trial run” operation was undertaken in 2 weeks in advance to the full installation works. This involved removing an existing FIP expansion joint plank at the center of the bridge, consisting of 3 sections (1 bridging plate and 2 bellows) whilst also inspecting and evaluating procedural issues that arose and conditions of the existing grout steelworks. All procedures and times were recorded during the removal of these units and additional prep work and testing was undertaken off site - this ensured the methodology for the major works planned was workable within the client’s programme constraints.

The successful installation of the FIP expansion joints at Saltash main tower and Plymouth main tower, attributable to meticulous pre-planning, involved 2 teams of USL Ekspan operatives working continuous throughout including nightshifts on 2 consecutive weekends during a complete 3 lane closure.